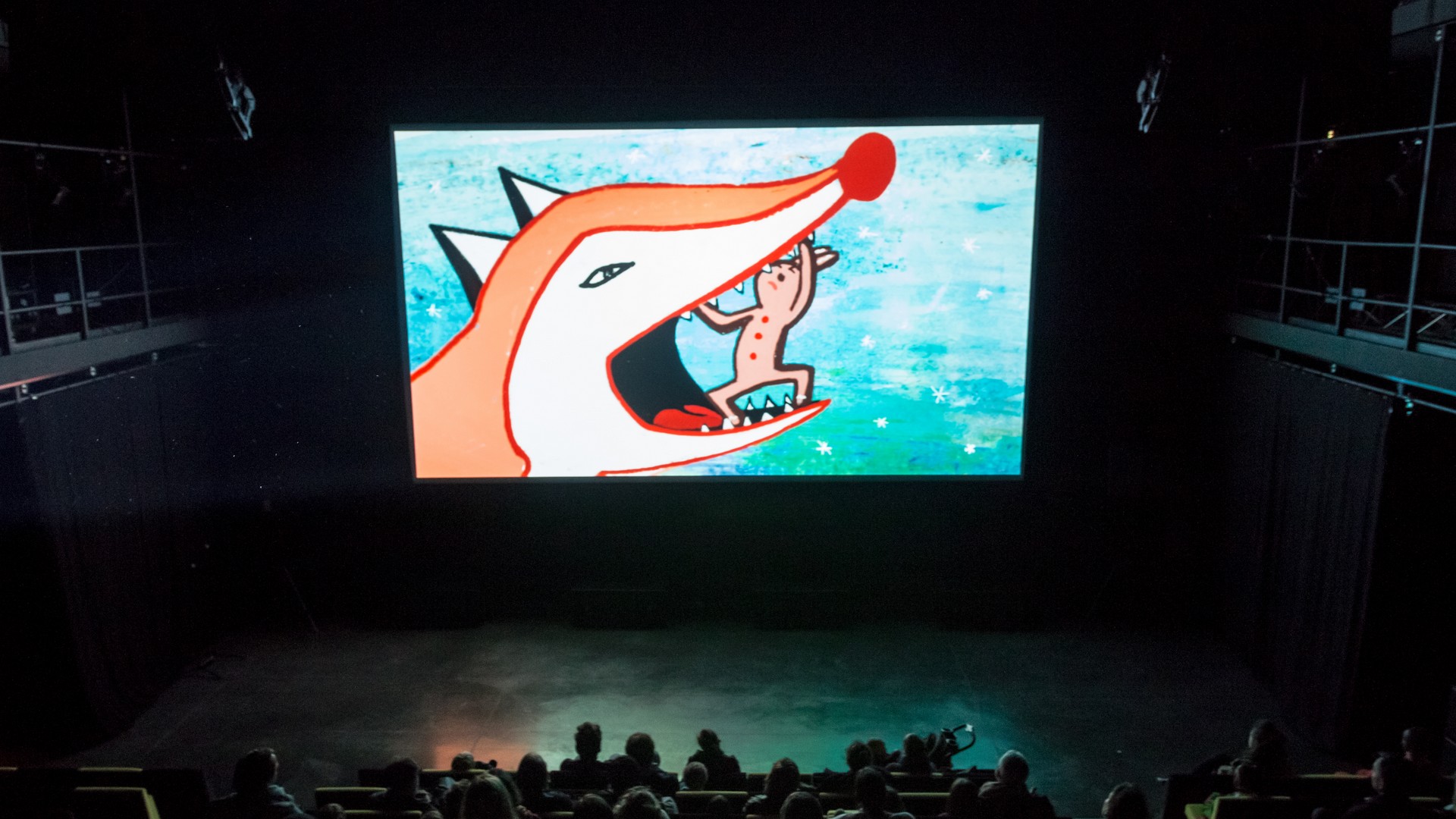 The resources center of Rencontres Audiovisuelles answers requests for short films screenings from all types of structures.

According to the partner’s needs, the Programming Department selects films and curates customised programmes around numerous themes and for various audiences, ranging from a one-time projection to a cycle of screenings over the year.

These programmes can consist of fictional short films, animated films, experimental films, documentaries, videoclips, Virtual Reality films etc., chosen hand in hand with the partner.
Rencontres Audiovisuelles can take care of the distribution rights negotiation, the projection, the mediation around the screenings, and invite directors and specialists.

. Programming of a yearly cycle at the Espace Ronny Coutteure of Grenay (Ciné-sandwich) : short films, feature films, documentaries etc. accompanied by a participant, around various themes.
. Short films programmes about painting, plants, nature in the city or textile, linked to the exhibitions of the Colysée in Lambersart.
. Programmes (short films, documentaries etc.) around the mine and the mining area for the 9-9bis of Oignies.
. Short films programmes around the theme of thread and marionnettes (La Fileuse, Loos), puppets (Musée des Beaux-Arts in Calais), the circus (LaM, week-end Pochette surprise).
. Short films programme « Jazz and Cinema » for the Saint-Omer Jazz Festival.
. Short films programme about the opera for the Happy Days des Enfants of the Lille Opera House.
. Short films programme around the theme of the environment and sustainable development for the Dour Festival (Green Agora).
. Short films programme around the theme of the Great War (“Mémoires animées”) as part of the 100th anniversary of World War I, in collaboration with the Historial of the Great War (Péronne), the Anima Festival (Bruxelles) and Les Films du Nord – more than 100 screenings in France and around the world.
. Screening of programmes (Best-of French or regional animation schools, etc.) in numerous international festivals: Anilogue Budapest, Anima Mundi Rio de Janeiro and Sao Paulo, Animateka Ljubjana, Backup Weimar, Etudia and Anima Cracovie, Fabrika Moscou, Leeds International Film Festival…
. Production of film concerts around archives images: Industrial chronicles of the North and Chronicles from Lille (co-produced with INA), Chronicles of the Great War (in collaboration with the National Orchestra of Lille, the Louvre-Lens and the Historial of the Great War of Péronne).
. Organisation of outdoor screenings (from the selection of movies to the technical installation and the projection).