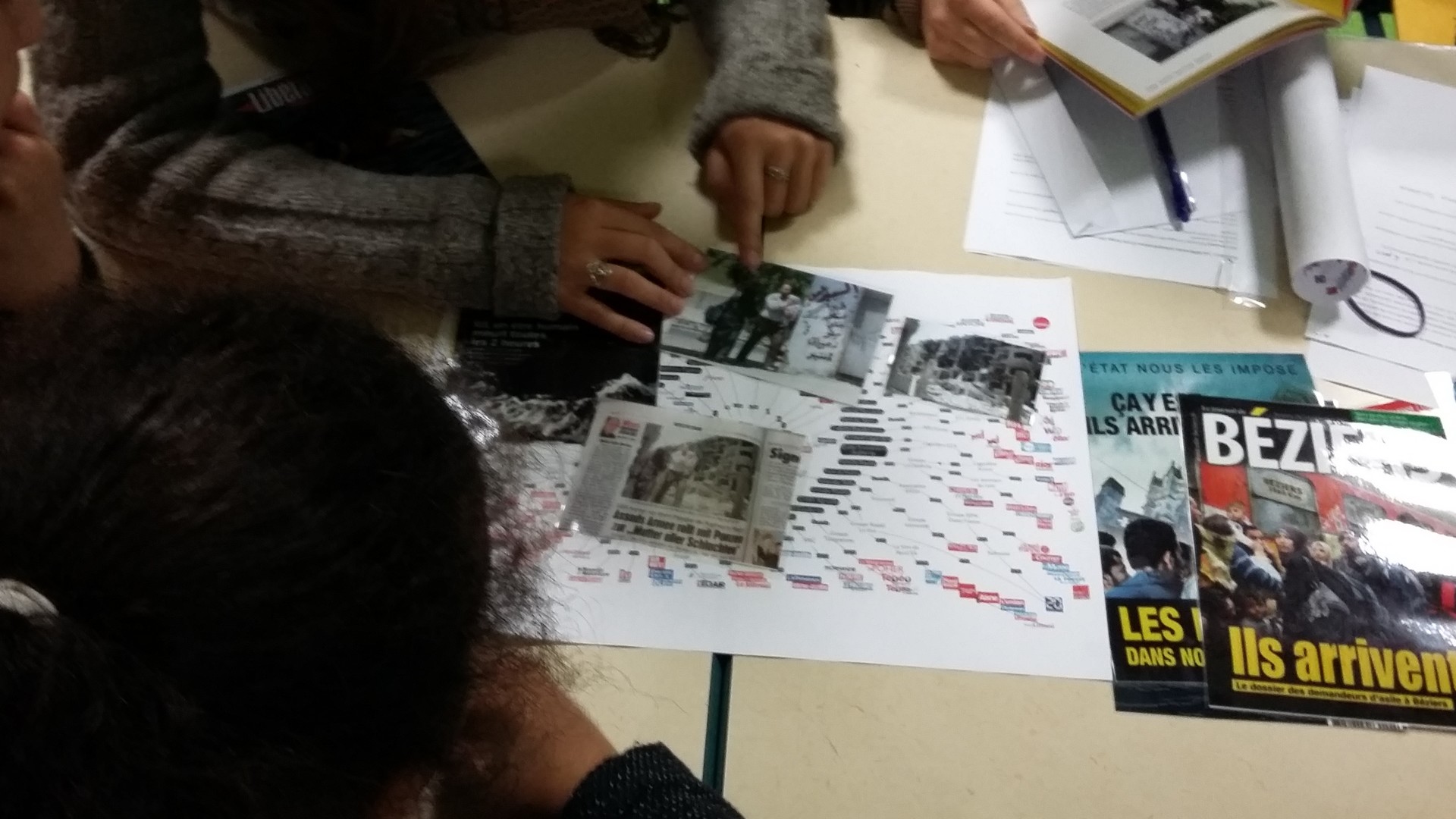 The habits of the new generations multiply around multiple screens, media and forms. The field of action of Rencontres Audiovisuelles turned toward young people covers therefore all the practices around images, and creates the images education in all its diversity.

The organisation organises, among others, awareness-raising actions on decoding images coming from the media, the use of images on social media, the analysis of the sources of the videos found on the Internet, the manipulation of images and the issues related to the disinformation.

These themes can be discussed more in-depth during creative workshops.

Rencontres Audiovisuelles take part in EMICycle, a network of stakeholders in the media and information education field in the Hauts-de-France region (head of the network in the Département du Nord).

► More information related to the actions around the media education of the Labo des Images (news, videos, archives…) on the website www.labodesimages.com

A few examples of awareness-raising actions and media education workshops:

. Media education and audiovisual practice workshop: project for high school students and apprentices, imed at developing artistic practice within the school framework, funded by the Hauts-de-France Region, as part of PEPS
. Media and Migrations workshops, around the place for migration in the media – co-hosted with the GRDR Migration – Citoyenneté – Développement
. Media and information education workshop with a group of 8 to 10 year old children, creation of a news broadcast – Centre Social Mosaïque, Lille-Fives
. Workshop to create a collaborative Youtube channel centered around the Lille-Fives neighbourhood – City of Lille, as part of the call for project Pratiques Numériques des Images et Médias (PNIM)